An unknown attacker has managed to modify the name servers assigned to 751 domains, which resulted in some visitors to the hijacked domains being redirected to a site hosting the Rig Exploit Kit and delivering the Neutrino Bot. 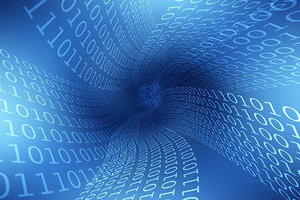 As reported by French domain registrar and web host Gandi, the attack started last Friday, and was made possible through use of compromised login credentials of one of the company’s technical partners (through whom they manage domain names in 34 geographic TLDs, including .ASIA, .CH, .ES, .RU, and .JP).

Once the attacker gained unauthorised access to the technical partner’s web portal, he made the changes to the assigned name servers, and the attack was underway. Swiss information security company SCRT was one of the first to notice that something wasn’t right. “Last Friday at around 14:05 we noticed that our website (www.scrt.ch) along with some other services we use internally were no longer accessible. We immediately tried to figure out why that was and quickly noticed that our DNS requests were not returning the correct IP addresses,” they explained in a blog post.

After ascertaining that they did not forget to renew their domain name or that the account at their registrar (Gandi) hasn’t been hacked, they saw that the DNS configuration at the registrar and in their name servers was not modified. They soon contacted SWITCH, who’s responsible for registering domain names ending in .CH and .LI, and discovered that they received the change request from Gandi.

“Following further discussion with them, they found that similar changes had been requested for 94 .CH and .LIlater report by Gandi, they changed the compromised login credentials mere minutes after having been notified of the suspicious modifications, and started to undo the damage, while also starting a parallel investigation to see whether their infrastructure has been compromised.

Their investigation revealed that they haven’t been breached, and that the technical partner’s infrastructure has been breached. “These credentials were likewise not obtained by a breach of our systems and we strongly suspect they were obtained from an insecure connection to our technical partner’s web portal (the web platform in question allows access via http),” they said.

“The first [name server] modification occurred at 8:04 UTC and the last was performed at 9:44 UTC. The last name server update was undone at 13:50 UTC. Taking into account the delay in name server provisioning at the individual registries in question and the TTLs of the relevant DNS zones, the unauthorized changes were in place at the most for 8 to 11 hours,” they also shared.

“By 16:15 UTC, all unauthorized updates we had reversed at each of the registries and we only needed to wait for propagation delay (up to three hours later) to be completely sure that the modifications had been successfully reversed.” SCRT has noted a few changes they will be making to reduce the impact such an attack could have in the future (such as preloading Strict-Transport-Security into browsers and implementing DNSSEC), and said that they discussed with SWITCH how detection of this type of massive changes can be improved.

The company also shared that during the attack, all emails sent to scrt.ch addresses were not delivered to their server but to a foreign mail server that was (luckily!) not configured to accept emails for their domain. “While it doesn’t seem to have been the objective here, this type of attack could potentially be used to read incoming emails while the name servers are poisoned,” they noted.