The FBI on Monday warned parents of privacy and safety risks from children's toys connected to the internet. 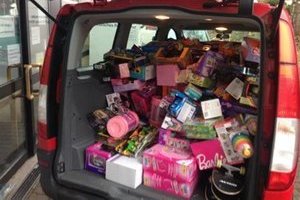 In an advisory posted on its website, the Federal Bureau of Investigation said that such toys may contain parts or capabilities such as microphones, cameras, GPS, data storage and speech recognition that may disclose personal information.

Normal conversation with a toy or in the surrounding environment may disclose a child's name, school, likes and dislikes and activities, the FBI said. "I think this is the first time the FBI has issued such warning," Tod Beardsley, director of research at cyber security firm Rapid7, said in a telephone interview. "A lot of people tend to trust the FBI as a government organization, so it definitely raises awareness of the risk associated with internet-connected toys."

Smart toys and entertainment devices are gaining popularity for incorporating technologies that learn and tailor their behaviors based on user interactions. In February, Germany banned sales and ownership of a talking doll named Cayla made by U.S. company Genesis Toys, citing the risk of hacking associated with the toy. The country's Federal Network Agency recommended that parents who had bought the doll for their children destroy it.