In September 2016, researchers from Chinese firm Tencent Keen Security Lab managed to hack into a Tesla Model S and take control of various systems. Now, that group has done the same thing with a Tesla Model X. 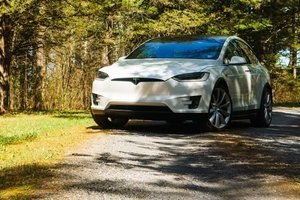 Keen Lab's researchers found several zero-day exploits hidden within multiple Tesla in-car modules, which allowed them to access the car's CAN BUS system, which is responsible for making sure every system plays nice with one another.

After bypassing Tesla's firmware signing system, researchers installed new firmware that could execute custom commands. Keen Lab took control of the car's lights, displays and doors, the latter of which could be opened at random intervals. When the car was in motion, researchers were able to activate the brakes, which could cause some serious trouble if it were executed in public without the driver's knowledge.

This is similar to the September 2016 hack, where Keen Lab's team accessed a Model S and was able to control many of the same systems. Keen Lab notified Tesla, which addressed the issue with a prompt software patch.

That's exactly what happened with the Model X, as well. Since Keen Lab is not in the business of selling its methods to actual criminals, it notified Tesla of the exploit, and the automaker sealed up those holes as part of its 8.1 software update. Keen Lab did not publish the video of their attempts until after the patch was issued, because that's the nice thing to do.

While it's all well and good that these zero-days were patched before real criminals figured out how to exploit them, it shows that automotive cybersecurity is still a work in progress. Automakers are doing their best to stay one step ahead, and it's researchers like Keen Labs who are helping them along the way.

Tesla's full statement is below:

By working closely with this research group following their initial findings last year, we responded immediately upon receiving this report by deploying an over-the-air software update (v8.1, 17.26.0+) that addresses the potential issues. While the risk to our customers from this type of exploit is very low and we have not seen a single customer ever affected by it, we actively encourage research of this kind so that we can prevent potential issues from occurring. This demonstration wasn't easy to do, and the researchers overcame significant challenges due to the recent improvements we implemented in our systems. In order for anyone to have ever been affected by this, they would have had to use their car's web browser and be served malicious content through a set of very unlikely circumstances. We commend the research team behind this demonstration and look forward to continued collaboration with them and others to facilitate this kind of research.