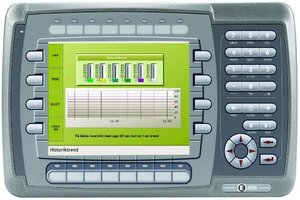 Security researcher Andrea Micalizzi, also known as “rgod,” discovered that version 7.52 Build 344 of E-Designer is affected by several vulnerabilities that can be exploited for remote code execution and denial-of-service (DoS) attacks.

The problem is that the process fails to properly validate the length of user-supplied data prior to copying it to a fixed-length buffer, allowing an attacker to execute arbitrary code in the context of the administrator. For the attack to work, the hacker needs to convince the targeted user to open a malicious file or web page.

The two out-of-bounds write flaws found by the researcher are caused due to the way certain sections of a project specification file (.mpa) are processed. These weaknesses can also lead to remote code execution. ZDI has published separate advisories for each of the 13 security holes. All the vulnerabilities have been rated critical based on CVSS scores that exceed 9.

According to ZDI, the flaws were reported to Mitsubishi in late May 2016, but advisories were only made public this month. The vendor has not released patches for E-Designer as the product has been discontinued. Instead, it has advised customers to replace E-Designer HMIs with interfaces created with the company’s new product, GT Works, or use E-Designer in a secure network that is behind a firewall. ICS-CERT recommends placing control systems behind firewalls and isolating them from the business network, and using VPNs when remote access is required.