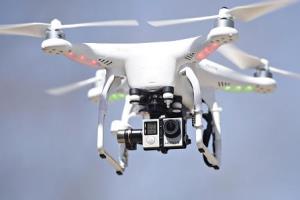 "Cease all use, uninstall all DJI applications, remove all batteries/storage media from devices, and secure equipment for follow on direction," reads the memo from Lt. Gen. Joseph H. Anderson, the Army's deputy chief of staff for plans and operations.

The memo was obtained by the publication Defense One, which said it was also confirmed by two Army officials. According to the publication, the Army document cites "increased awareness of cyber vulnerabilities associated with DJI products." Defense One also quoted Brett Velicovich, whom it described as a former Army intelligence soldier, as indicating the Army's comments "could have a huge impact on DJI." Velicovich now runs a Virginia-based consumer drone firm, Expert Drones.

"There are U.S. special operators in Syria using DJI products," Velicovich told the publication. The Army memo, which was dated Aug. 2, was published online first. Besides Syria, experts also found evidence that DJI-made drones are used in other areas of the military.

For one, a document on the Defense Department's website indicates that DJI Phantom drones were used during operations or exercises by the U.S. Army Corps of Engineers, including for flooding and sometimes at the request of the Federal Emergency Management Agency.

DJI-made drones have also been used on occasion by the U.S. Air Force in conjunction with other military technology. One was used last year in Nevada at a national security site during a research challenge, which involved an attack drone intercepting the DJI drone with a large net.

Experts reached out to the Army and Air Force for comment. Adam Lisberg, a New York-based spokesman for DJI Technology, told in an emailed statement: "We are surprised and disappointed to read reports of the U.S. Army's unprompted restriction on DJI drones as we were not consulted during their decision. We are happy to work directly with any organization, including the U.S. Army, that has concerns about our management of cyber issues."

Lisberg added, "We'll be reaching out to the U.S. Army to confirm the memo and to understand what is specifically meant by 'cyber vulnerabilities.' Until then, we ask everyone to refrain from undue speculation."