At first glance, the Instagram security bug that was exploited to obtain celebrities' phone numbers and e-mail addresses appeared to be limited, possibly to a small number of celebrity accounts. 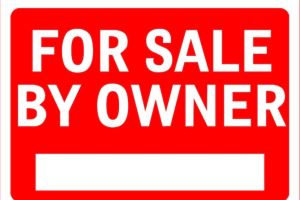 Now a database of 10,000 credentials published online Thursday night suggests the breach is much bigger. The database was provided by someone who e-mailed in response to Thursday's story, mentioned above, about the Instagram breach.

The sender said he was able to scrape personal data belonging to 6 million users and was selling the data in a searchable website for $10 per query. The person provided a sample of 10,000 of those records. While Instagram has yet to confirm the authenticity of the sample, an analysis by security researcher Troy Hunt, maintainer of the Have I been Pwnd breach notification service, all but concludes it's legitimate. To protect potentially affected end users, experts aren't publishing the sites hosting the sale of the purported 6 million records or the sample, which was freely available when this post was going live.

"So far we've had 12 deposits totaling around $500," the site operator told early Friday morning, about six hours after the service went live. "Not a horrible start."

Some of the users in the database had millions of followers. Hunt said: "My conclusion: there's nothing in here to disprove the data. It's *possible* it has been scraped together from other sources, but every indication is that it's legitimate and the vector you wrote about earlier is absolutely feasible and certainly not unprecedented."

An Instagram representative said late Thursday night that company officials are aware of the claim and are investigating it. Instagram has a reported 700 million active users per month.

The person who provided the sample said he learned of the vulnerability in an IRC discussion. He also said he's sure other people have independently exploited the bug but doubts most were able to make their attacks scale the way his did. About 12 hours after his mass exploit started, he said, Instagram plugged the underlying security hole. Contrary to initial findings by Kaspersky Lab researchers, the leaker said it was possible to exploit the Instagram bug in an automated way. That made it possible to steal data at roughly 1 million accounts per hour, which is much faster than first thought. At that rate, it would have taken almost two weeks to download the 700 million-user records, and longer to obtain the entire database.

Assuming the 6-million figure is true, and the 10,000-record sample is representative, millions of e-mail addresses and phone numbers are now available for sale, and still more account data may be in the hands of other hackers. Until the company says more, Instagram users should entertain the possibility the numbers and e-mail addresses associated with their accounts are now public. This post will be updated as new information becomes available.