A security company has found an Amazon server that was stuffed with thousands of pieces of personal information about military types with little or no protection on it. 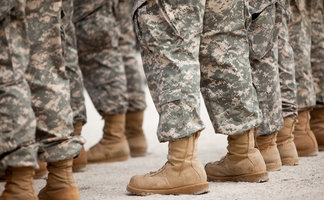 The security company is called UpGuard, and it says that it found the collection of resumes and applications for a position at a place called TigerSwan. TigerSwan told UpGuard that these resumes included some from people applying for top secret jobs, which makes their storing on an unsecured cloud-based server sound a bit odd.

"The UpGuard Cyber Risk Team can now disclose that a publicly accessible cloud-based data repository of resumes and applications for employment submitted for positions with TigerSwan, a North Carolina-based private security firm, were exposed to the public internet, revealing the sensitive personal details of thousands of job applicants, including hundreds claiming 'Top Secret' US government security clearances," explained the security firm.

"TigerSwan has recently told UpGuard that the resumes were left unsecured by a recruiting vendor that TigerSwan terminated in February 2017. If that vendor was responsible for storing the resumes on an unsecured cloud repository, the incident again underscores the importance of qualifying the security practices of vendors who are handling sensitive information." UpGuard said that the data most certainly belongs to veterans, while the TigerSwan outfit passed the buck onto another party.

"TigerSwan subsequently told UpGuard that the files were left unsecured by a former recruiting vendor. Within the repository, publicly accessible to any internet user accessing the S3 bucket's URL, is a folder titled 'Resumes,' last backed up or uploaded in February 2017. Inside this 'Resumes' folder are 9,402 documents, in varying file formats and with no naming conventions employed for the file names," said that firm.

"While this lack of uniformity perhaps indicates the documents were unchanged since being submitted by a large pool of applicants, the file names and contents leave no question as to the nature of the data— resumes and application forms submitted for positions with TigerSwan." TigerSwan said that it is rather sorry about this thing and that it has fixed the breach and told potentially affected people about the problem.

"We take information security very seriously, especially in this instance, because a majority of the resume files were from veterans. As a Service-Disabled, Veteran-Owned Small Business, we find the potential exposure of their resumes inexcusable," said Jim Reese, TigerSwan CEO. "To our colleagues and fellow veterans, we apologise. The situation is rectified and we have initiated steps to inform the individuals affected by this breach."