Users who purchased a Lenovo PC between September 2014 and January 2015 got an extra special surprise in the form of adware that left them wide open to malicious attacks. 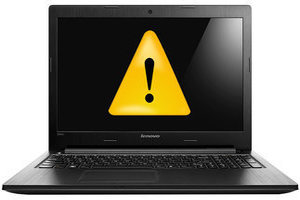 After two and a half years of legal wrangling, the Federal Trade Commission settled its lawsuit against the company, and it’s hard to imagine that executives learned their lesson. On Monday, the FTC announced that Lenovo will have to inform its customers of all the software that comes pre-loaded on its products and receive the user’s consent.

The company will also be subject to 20 years of audited security checks. In a separate statement, New Jersey Attorney General Christopher Porrino announced that his office had come to terms with Lenovo on behalf of 32 states and the company will have to pay $3.5 million in penalties.

The complaint stems from adware that came preinstalled on an estimated 750,000 Lenovo machines that is known as the “Superfish” bug. Named after the company that produced the VisualDiscovery software that Lenovo packaged with its PCs, Superfish functioned as a “man-in-the-middle” program injecting ads into users’ web browsing on behalf of its retail partners.

Not only did the software give access to users’ private information, it also had a tremendous security flaw. Because Superfish had root certificate access, hackers could easily forge the certificate and gain access to encrypted communications on the same network. Once security researcher Robert Graham cracked the password to the Superfish certificate, anyone using the same network as that Lenovo laptop could monitor encrypted communications by following a few simple steps.

Lenovo is admitting no wrongdoing and in a statement said that it “disagrees with allegations contained in these complaints” but it is “pleased to bring this matter to a close after 2-1/2 years.” The press release goes on to state that the company long ago stopped using Superfish, and it also claims “we are not aware of any actual instances of a third party exploiting the vulnerabilities to gain access to a user’s communications,” which is not exactly reassuring.

If after all these years you have a laptop that’s still running Superfish software, you can use this test page in Chrome or Internet Explorer to check out whether you need to go through the removal process. And next time you go to buy a laptop, remember that two crucial words are missing from Lenovo’s statement: “We’re sorry.”