This morning, Armis security published details of a new Bluetooth vulnerability that could potentially expose millions of devices to remote attack. 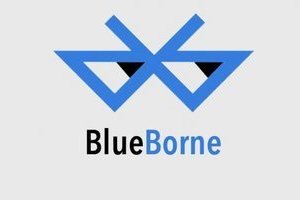 Dubbed Blueborne, the attack works by masquerading as a Bluetooth device and exploiting weaknesses in the protocol to deploy malicious code, similar to the Broadcom Wi-Fi attack disclosed earlier this year.

Because Bluetooth devices have high privileges in most operating systems, the attack can be executed without any input from the user. Blueborne doesn’t require devices to be paired with the malicious device, or even be set in discoverable mode. Any iPhones running iOS 10 are immune to the attack, and Microsoft deployed a patch to fix the bug in July. That leaves Android devices as the most vulnerable, thanks in part to longstanding issues deploying patches through partners.

Google says it sent a fix to device manufacturers a month ago, but when that patch actually reaches phones will depend on manufacturers. Google has also deployed a patch directly to Pixel devices, covering every Android version since Kit Kat. Prior to that patch, Armis was able to demonstrate the attack on an unpatched Pixel, running malicious software remotely without user permission.

There are a number of limits to the attack. While the underlying vulnerability exists in some form across most Android and Linux devices, the specific exploit varies from system to system, making it difficult to write a single virus that would be able to target every vulnerable device. Bluetooth itself limits the bug even further: Blueborne can only target devices within range of the hackers, and only devices with Bluetooth turned on.

Still, the broader implications of the bug are troubling. If a group is targeting a specific person, Bluetooth is a pretty good way to hack their phone, whether the group is using Blueborne or a more general vulnerability. Like any open standard, there are lots of known Bluetooth vulnerabilities, and if you’re behind on updates and patches, there’s a good chance you’re vulnerable.

The simplest protection is to leave Bluetooth off, but since phones are still vulnerable when they’re connected to a Bluetooth device, the only recommendation is not to use Bluetooth at all. As Bluetooth speakers get better, cheaper, and more popular, that could put the average consumer in a tricky place. As those devices become more widespread, bugs like Blueborne will only get more powerful.