Researchers have devised malware that can jump airgaps by using the infrared capabilities of an infected network's surveillance cameras to transmit data to and from attackers. 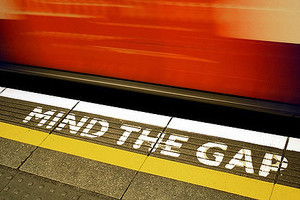 The malware prototype could be a crucial ingredient for attacks that target some of the world's most sensitive networks. Militaries, energy producers, and other critical infrastructure providers frequently disconnect such networks from the Internet as a precaution.

In the event malware is installed, there is no way for it to make contact with attacker-controlled servers that receive stolen data or issue new commands. Such airgaps are one of the most basic measures for securing highly sensitive information and networks. The proof-of-concept malware uses connected surveillance cameras to bridge such airgaps. Instead of trying to use the Internet to reach attacker-controlled servers, the malware weaves passwords, cryptographic keys, and other types of data into infrared signals and uses a camera's built-in infrared lights to transmit them.

A nearby attacker then records the signals with a video camera and later decodes embedded secrets. The same nearby attackers can embed data into infrared signals and beam them to an infected camera, where they're intercepted and decoded by the network malware. The covert channel works best when attackers have a direct line of sight to the video camera, but non-line-of-sight communication is also possible in some cases.

Researchers at Israel's Ben-Gurion University of the Negev and Shamoon College of Engineering said the malware establishes a two-way channel that attackers can use to communicate with compromised networks even when they're air-gapped. The covert channel can transmit data from a video camera to an attacker at 20 bits per second and from an attacker transmitter to a video camera at 100 bits per second. When more than a camera is used in the attacks the bit-rate may be increased further.

A leg in both worlds

"Security cameras are unique in that they have 'one leg' inside the organization, connected to the internal networks for security purposes, and 'the other leg' outside the organization, aimed specifically at nearby public space, providing very convenient optical access from various directions and angles,” Mordechai Guri, head of research and development at Ben-Gurion's cyber-security research center, told.

aIR-Jumper uses several different schemes to encode the zeroes and ones that form the basic building blocks of all digital data. The malware breaks large data streams into small packets or frames that include a preamble, a payload, and a 16-bit cyclic redundancy check to ensure the data was sent correctly.

The proof-of-concept attack uses an infected camera's own programming interfaces to control the infrared LEDs to transmit the data according to the encoding scheme and other parameters selected. Infrared LEDs are used to enable night vision so that cameras can produce images when there is little or no ambient light.

aIR-Jumper works best when attackers have direct line of sight to the video camera inside the infected network. Non-line-of-sight communication is also possible when the area illuminated by infrared lights is within the field of vision of the receiver. The attack is not only useful for air-gapped networks. It is also suitable for internal networks where traffic is heavily monitored by firewalls, intrusion prevention systems, and similar security measures, since it can bypass them without requiring any physical access between the attacker and the network.

aIR-Jumper is only the latest covert channel devised to shuttle data into and out of air-gapped networks once they have been infected. Previous proof-of-concept attacks developed by many of the same researchers include the manipulation of acoustic signals emitted from hard drives, malware that turns USB devices inside an air-gapped facility into covert radios that transmit data through electromagnetic signals, and a technique that allows an infected computer's video card to transmit radio signals that can be received by a smart phone.

The wide body of attacks starts with the assumption the attacker has already infected the target with malware. The research shows that air-gaps alone aren't always sufficient for ensuring an attacker can't transfer data into and out of mission-critical networks. Countermeasures against the aIR-Jumper include placing surveillance cameras in restricted zones that are optically inaccessible to attackers.