Auto tracking company has over half a million records leaked online

Login data for more than half a million records tied to vehicle tracking device company SVR Tracking have leaked online, potentially exposing the personal and vehicle data of drivers and businesses using its service. 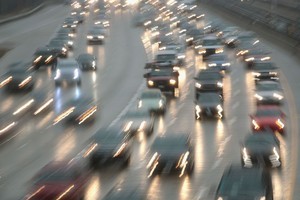 The leaked repository was first spotted by the Kromtech Security Center, which blamed a misconfigured Amazon AWS S3 bucket that was left publicly accessible for an unknown period of time for the breach.

Kromtech first noticed the cache on Sept. 18, according to experts, and the bucket was closed from public access hours after the security company alerted SVR on Sept. 20. The records included user login info like emails and passwords, along with VINs (vehicle identification numbers) and license plate numbers, data about the GPS devices, and "other data" collected by SVR Tracking about its devices, customers, and auto dealerships that do business with the company.

The data was kept in a backup folder called "accounts," which contained 540,642 entries. Some of those entries were associated with multiple vehicles. Kromtech said the total number of devices exposed "could be much larger given the fact that many of the resellers or clients had large numbers of devices for tracking."

The service records "heartbeats" (GPS location beacons) from its devices every four hours, and stores location info for everywhere a monitored car has been for as long as 120 days in the past — meaning that someone who gained access to an account's password could both track a vehicle in real time and build a detailed log of every location it has visited. They could outright steal the car, stalk its driver, or rob a home when they know a vehicle's owner is out and about.

The folder also contained 339 logs with photos and data about vehicle status and maintenance records, along with a document that provided details about 427 dealerships that use SVR's services. SVR didn't respond directly to Kromtech, although the leaked records were blocked from public access shortly after Kromtech provided info about the leak. The company hasn't replied to our request for comment on the matter, either.

The type of constant monitoring offered by SVR is designed to give car owners some peace of mind with the knowledge that they'll always be in control of their vehicle. This type of leak, however, does the opposite, potentially handing the digital keys to cybercriminals who could've used the data for their own means.