One of the world’s “big four” accountancy firms has been targeted by a sophisticated hack that compromised the confidential emails and plans of some of its blue-chip clients. 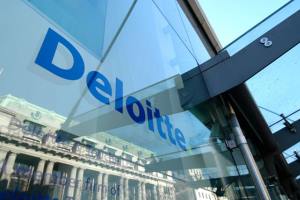 Deloitte, which is registered in London and has its global headquarters in New York, was the victim of a cybersecurity attack that went unnoticed for months.

One of the largest private firms in the US, which reported a record $37bn (£27.3bn) revenue last year, Deloitte provides auditing, tax consultancy and high-end cybersecurity advice to some of the world’s biggest banks, multinational companies, media enterprises, pharmaceutical firms and government agencies. Deloitte clients across all of these sectors had material in the company email system that was breached. The companies include household names as well as US government departments.

So far, six of Deloitte’s clients have been told their information was “impacted” by the hack. Deloitte’s internal review into the incident is ongoing. Deloitte discovered the hack in March this year, but it is believed the attackers may have had access to its systems since October or November 2016.

The hacker compromised the firm’s global email server through an “administrator’s account” that, in theory, gave them privileged, unrestricted “access to all areas”. The account required only a single password and did not have “two-step“ verification, sources said.

Emails to and from Deloitte’s 244,000 staff were stored in the Azure cloud service, which was provided by Microsoft. This is Microsoft’s equivalent to Amazon Web Service and Google’s Cloud Platform.

In addition to emails, the hackers had potential access to usernames, passwords, IP addresses, architectural diagrams for businesses and health information. Some emails had attachments with sensitive security and design details.

The breach is believed to have been US-focused and was regarded as so sensitive that only a handful of Deloitte’s most senior partners and lawyers were informed. Experts have been told the internal inquiry into how this happened has been codenamed “Windham”. It has involved specialists trying to map out exactly where the hackers went by analysing the electronic trail of the searches that were made.

The team investigating the hack is understood to have been working out of the firm’s offices in Rosslyn, Virginia, where analysts have been reviewing potentially compromised documents for six months.

It has yet to establish whether a lone wolf, business rivals or state-sponsored hackers were responsible. Sources said if the hackers had been unable to cover their tracks, it should be possible to see where they went and what they compromised by regenerating their queries. This kind of reverse-engineering is not foolproof, however.

A measure of Deloitte’s concern came on 27 April when it hired the US law firm Hogan Lovells on “special assignment” to review what it called “a possible cybersecurity incident”.

The Washington-based firm has been retained to provide “legal advice and assistance to Deloitte LLP, the Deloitte Central Entities and other Deloitte Entities” about the potential fallout from the hack.

Experts were told an estimated 5m emails were in the ”cloud” and could have been been accessed by the hackers. Deloitte said the number of emails that were at risk was a fraction of this number but declined to elaborate.

“In response to a cyber incident, Deloitte implemented its comprehensive security protocol and began an intensive and thorough review including mobilising a team of cybersecurity and confidentiality experts inside and outside of Deloitte,” a spokesman said.

“As part of the review, Deloitte has been in contact with the very few clients impacted and notified governmental authorities and regulators. “The review has enabled us to understand what information was at risk and what the hacker actually did, and demonstrated that no disruption has occurred to client businesses, to Deloitte’s ability to continue to serve clients, or to consumers.

“We remain deeply committed to ensuring that our cybersecurity defences are best in class, to investing heavily in protecting confidential information and to continually reviewing and enhancing cybersecurity. We will continue to evaluate this matter and take additional steps as required.

“Our review enabled us to determine what the hacker did and what information was at risk as a result. That amount is a very small fraction of the amount that has been suggested.”

Deloitte declined to say which government authorities and regulators it had informed, or when, or whether it had contacted law enforcement agencies. Though all major companies are targeted by hackers, the breach is a deep embarrassment for Deloitte, which offers potential clients advice on how to manage the risks posed by sophisticated cybersecurity attacks.

“Cyber risk is more than a technology or security issue, it is a business risk,” Deloitte tells potential customers on its website. “While today’s fast-paced innovation enables strategic advantage, it also exposes businesses to potential cyber-attack. Embedding best practice cyber behaviours help our clients to minimise the impact on business.”

“We monitor and assess the threats specific to your organisation, enabling you to swiftly and effectively mitigate risk and strengthen your cyber resilience,” its website says. “Going beyond the technical feeds, our professionals are able to contextualise the relevant threats, helping determine the risk to your business, your customers and your stakeholders.”

In 2012, Deloitte, which has offices all over the world, was ranked the best cybersecurity consultant in the world. Earlier this month, Equifax, the US credit monitoring agency, admitted the personal data of 143 million US customers had been accessed or stolen in a massive hack in May. It has also revealed it was also the victim of an earlier breach in March.

About 400,000 people in the UK may have had their information stolen following the cybersecurity breach. The US company said an investigation had revealed that a file containing UK consumer information “may potentially have been accessed”.

The data includes names, dates of birth, email addresses and telephone numbers, but does not contain postal addresses, passwords or financial information. Equifax, which is based in Atlanta, discovered the hack in July but only informed consumers last week.