A Google security researcher has published proof-of-concept code for a vulnerability that can be exploited remotely via a WiFi connection to take over iPhone 7 handsets. 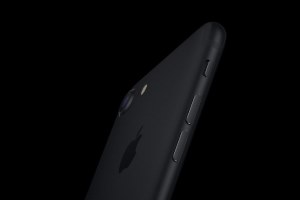 "The exploit gains code execution on the Wi-Fi firmware on the iPhone 7," says Gal Beniamini, a member of the Google Project Zero security team.

"Upon successful execution of the exploit, a backdoor is inserted into the firmware, allowing remote read/write commands to be issued to the firmware via crafted action frames, thus allowing easy remote control over the Wi-Fi chip," Beniamini says. The exploit works remotely, no user interaction needed, and can be used to target any user attempting to connect to a rogue WiFi network. The researcher published the exploit code today after Apple released security updates for iOS last week. The issue affects all iOS versions but was fixed with the release of iOS 11.

While the demo code works on iPhone 7 devices, the vulnerability at the heart of the issue affects a broad range of products, such Android handsets, smart TVs running tvOS, and other devices with Broadcom WiFi chips.

Apple also released a fix for tvOS, and Google patched the vulnerability in Android at the start of the month via the Android Security Bulletin 2017-09-05 security patch level.

Beniamini said the bug — tracked as CVE-2017-11120 — affects Broadcom WiFi chips running firmware version BCM4355C0, and all devices where these WiFi chips and firmware are deployed.

The issue is similar to Broadpwn, another vulnerability that affected Broadcom WiFi chipsets and that came to light over the summer. Broadpwn works similarly to Beniamini's bug by allowing an attacker to execute code on remote devices without any interaction needed from the user.

Both Apple and Google issued patches for Broadpwn in mid-July, days before the security researcher who found the bug was scheduled to give a talk at the Black Hat USA 2017 security conference.