The FBI will not be forced to reveal details of a hacking tool used to break into a terrorist's iPhone, a case that sparked months of legal hostilities between Apple and the US government. 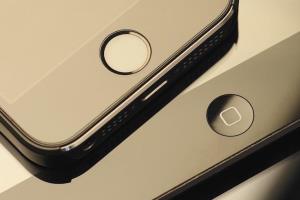 Vice News, USA Today, and the Associated Press filed a Freedom of Information lawsuit to reveal the name of the hacking tool's vendor and its price.

The Justice Dept. launched legal action against Apple, which had refused to help unlock the phone, arguing the device's encryption could not be defeated -- even by the company. The FBI later obtained a hacking tool -- details of which the agency wants to keep secret. The tool allowed federal agents to access the phone's contents of Syed Farook, who with his wife Tashfeen Malik murdered 14 people in San Bernardino, California in December 2015 in a mass shooting, later deemed a terrorist attack.

A court gave its final ruling in favor of the FBI late on Saturday. In her ruling, federal judge Tanya Chutkan said that naming the vendor and its cost would amount to putting a target on its back, and could lead to the loss of theft of the hacking tool.

The FBI said that the vendor's networks are "not as sophisticated" as its own, which could invite cyberattacks against the company. "It is logical and plausible that the vendor may be less capable than the FBI of protecting its proprietary information in the face of a cyber-attack," said the court. "The FBI's conclusion that releasing the name of the vendor to the general public could put the vendor's systems, and thereby crucial information about the technology, at risk of incursion is a reasonable one."

The tool is said to have only been able to access a "narrow slice" of devices, thought to be iPhone 5C devices running the older iOS 9 operating system. But the FBI told the court that it may later find "a way to enhance the tool's capabilities."

The news agencies were also fighting for access to the price of the tool. The organizations argued that revealing the price fair game as details had already been publicly made, including one by former FBI director James Comey and Sen. Dianne Feinstein (D-CA), who both put the price of the tool at around the $1 million mark. The court disagreed.

"Releasing the purchase price would designate a finite value for the technology and help adversaries determine whether the FBI can broadly utilize the technology to access their encrypted devices," said the court.

The court also dismissed the notion that Comey's statements on the price of the hacking tool amounts to an "official disclosure" that compels the release of information. The news organizations will not be allowed to appeal the case.