Three-quarters of North American utility executives believe there is at least a moderate chance that the electrical grid in their nation will be interrupted by a cyberattack sometime in the next five years. 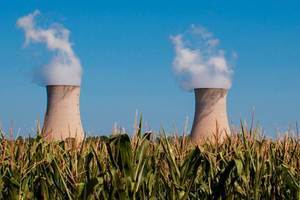 A worldwide study by Accenture of 100 power utility executives from 20 countries found that 63 percent believe there is a moderate likelihood a cyberattack would cause power interruptions with this figure increasing to 76 percent among North American executives.

When it comes to what those surveyed most fear it is an attack that causes injury to customers or employees, 53 percent, while almost as many, 51 percent, worry about sensitive customer or employee data being stolen. Forty-five percent believe company data could be stolen. Around 30 percent have a high degree of concern their system will be hit with a ransoware attack. Attacks sponsored by nation-states, or by an affiliated agent, are at the top of many power utility executive's worry list with 29 percent forecasting such an attack on their power distribution network.

Of slightly less concern, 27 percent, are attacks initiated by cybercriminals and another 18 percent worry that a group looking for notoriety might do something less serious like defacing the utilities website. Although at this time there is no known way an IoT device might be used to impact a utility company, the possibility is causing some alarm with 51 percent of those surveyed are worried to some extent that one might be used to cause a power outage.