Hackers are joining forces with U.S. governors and academics in a new group aimed at preventing the manipulation of voter machines and computer systems to sway the outcome of future U.S. elections, a source familiar with the project said on Monday. 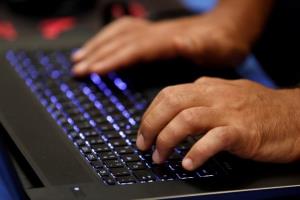 The anti-hacking coalition’s members include organizers of last summer’s Def Con hacking conference in Las Vegas, the National Governors Association and the Center for Internet Security, said the source, who asked not to be identified ahead of a formal announcement due to be made on Tuesday.

The Washington-based Atlantic Council think tank and several universities are also part of the project, the source said. The coalition will be unveiled as Def Con organizers release a report describing vulnerabilities in voting machines and related technology that were uncovered in July.

Hackers pulled apart voting machines and election computers at the three-day event, uncovering security bugs that organizers said could be exploited by people trying to manipulate election results. People at the Las Vegas conference learned to hack voting machines within minutes or just a few hours, according to a copy of the organizers’ report due for release on Tuesday.

The U.S. Department of Homeland Security has said that Russian hackers targeted 21 U.S. state election systems in the 2016 presidential race and a small number were breached, although some states have disputed they were hacked. There was no evidence that any votes had been manipulated.

Several congressional committees are investigating and special counsel Robert Mueller is leading a separate probe into the Russia matter, including whether the Trump campaign colluded with Moscow. Russia has denied the accusations.

As one possible counter-measure, organizers of the Def Con hacking conference have recommended that U.S. states reduce the amount of non-American parts and software used in their voting machines, according to the group’s report.

“Via a supply chain originating overseas, voting equipment and software can be compromised at the earliest of stages in manufacturing process,” the report says. Further details on the members of the anti-hacking coalition were not immediately available.