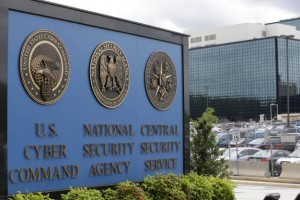 Der Spiegel cited a classified document from the archive of Edward Snowden, the American citizen who fled the U.S. after revealing details of its espionage programs and has received temporary asylum in Russia.

According to the report, in April 2013, U.S. officials ranked its espionage targets on a scale of 1 (of highest interest) to 5. Germany was given a rank of 3, alongside France and Japan, but higher than Italy and Spain. The highest-ranked countries on the list were China, Russia, Iran, Pakistan, North Korea and Afghanistan.

Der Spiegel reported recently that the U.S. had snooped on offices of the European Union and obtained access to its international computer network. The report quoted a document of the U.S. National Security Agency from September 2012, which was classified as top secret.

The document, which was leaked by Snowden, reportedly documented how the NSA snooped on the EU offices and spied on the EU’s network in the UN and the U.S. According to the Der Spiegel report, NSA officials not only eavesdropped on telephone conversations held at the EU offices, but also obtained access to documents and emails. The document explicitly describes the EU as a “target.”

U.S. President Barack Obama revealed a series of measures intended to increase transparency in the controversial espionage program last Friday. “It’s not enough for me as president to have confidence in these programs. The American people need to have confidence in them, as well," he said. Obama suggested a re-examination of the Patriot Act and also of Section 702 of the Foreign Intelligence Surveillance Act, which provided legal cover to the NSA’s programs.

He said the reforms would increase transparency through changes in the U.S. Foreign Intelligence Surveillance Court, which is authorized to approve requests for surveillance against suspected foreign intelligence agents. The president also mentioned the need for defense attorneys to challenge the court on the basis of privacy protection and constitutionality.

“One of the concerns that people raise is that a judge reviewing a request from the government to conduct programmatic surveillance only hears one side of the story... [that] may tilt it too far in favor of security, may not pay enough attention to liberty,” Obama said. “While I’ve got confidence in the court and I think they’ve done a fine job, I think we can provide greater assurances that the court is looking at these issues from perspectives, security and privacy.”