A new exploit can allow attackers to read Wi-Fi traffic between devices and wireless access points, and even modify it to inject malware into websites. 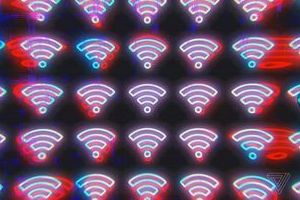 Researchers have started disclosing security vulnerabilities today, and it looks like Android and Linux-based devices are the worst affected by multiple vulnerabilities.

Researchers also claim some of the attack works against all modern Wi-Fi networks using WPA or WPA 2 encryption, and that the weakness is in the Wi-Fi standard itself so it affects macOS, Windows, iOS, Android, and Linux devices. Intercepting traffic lets attackers read information that was previously assumed to be safely encrypted, and hackers don’t need to even crack a Wi-Fi password to achieve this. The vulnerability requires that a device be in range to a malicious attacker, and it can be used to steal credit card numbers, passwords, chat messages, photos, emails, and lots of other online communications.

Android 6.0 and above contains a vulnerability that researchers claim “makes it trivial to intercept and manipulate traffic sent by these Linux and Android devices.” 41 percent of Android devices are vulnerable to an “exceptionally devastating” variant of the Wi-Fi attack that involves manipulating traffic. Attackers might be able to inject ransomware or malware into websites thanks to the attack, and Android devices will require security patches to protect against this. Google says the company is “aware of the issue, and we will be patching any affected devices in the coming weeks.”

Although most devices appear to be vulnerable to attacks reading Wi-Fi traffic, the exploit doesn’t target access points. The attack exploits vulnerabilities in the 4-way handshake of the WPA2 protocol, a security handshake that ensures client and access points have the same password when joining a Wi-Fi network.

As this is a client-based attack, expect to see a number of patches for devices in the coming weeks. Researchers sent out notifications to specific vendors in July, and a broad notification was distributed in late August. Security researchers note that it’s not worth changing your Wi-Fi password as this won’t help prevent attacks, but that it’s worth updating router firmware and all client devices to the latest security fixes. “It might be that your router does not require security updates,” say researchers, but it’s worth checking with your router vendor to make sure.