SecureDrop has fixed a severe vulnerability which could allow for communication between journalists and whistleblowers to be spied on. 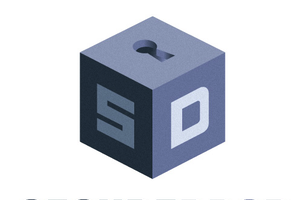 SecureDrop is a system developed by the Freedom of the Press Foundation for whistleblowers and sources to anonymously and securely submit tips, documents, and media to news outlets without fear of exposure.

Media outlets and agencies worldwide use the open-source submission system through Tor, which utilizes encryption and retains as little metadata as possible to conceal identities. The system's full ethos is based on security and privacy, and so when engineers discovered a serious bug which could erode these principles, they made users aware immediately. On 16 October during internal testing, a bug was found in the configuration logic used during initial installation and causes errors in three packages -- tor, ntp, and the tor keyring -- which allowed installation without the proper verification of cryptographic signatures.

The packages are fetched over HTTP, and so an attacker with network access could perform a Man-in-The-Middle (MiTM) attack to connect to a server and perform remote code execution. The vulnerability was first introduced in SecureDrop 0.3, released in 2015. Past versions are not affected. The engineers behind the project revealed the vulnerability in a blog post on Tuesday.

The window of exploit is very tight as a threat actor -- likely at a nation-state level -- would need to strike at the time of installation. A cyberattacker would need the resources behind them to conduct a sophisticated MiTM attack to replace installation files with malicious packages at the right time, as well as conduct heavy surveillance on the target to find out if SecureDrop is due to be installed, and when.

SecureDrop says that compromising the system using this flaw would be "incredibly difficult to pull off." The likelihood of a successful attack in the wild is low, but the SecureDrop team has reviewed their installations and binary logs to ferret out any evidence of tampering or active attacks. At the time of writing, none have been found.

"We believe all news organizations are at very little risk from this bug, but we want to be 100 percent transparent on how we reacted to this discovery, our thought processes behind our conclusions, what news organizations can do if they are worried, and what we're doing to prevent a similar incident in the future," the SecureDrop team says.

Media outlets and other users were made aware of the vulnerability before the details went public and were issued private patches last week, with the latest version of SecureDrop recommended for install. The fix is now publicly available in SecureDrop version 0.4.4. Even a distant threat of compromise is enough to be taken seriously, with some media outlets closing old SecureDrop servers, reinstalling the system from scratch, and generating new encryption keys.