The regional internet registrar that administers IP addresses for the Asia Pacific region accidentally leaked Whois database data, including hashed passwords, forcing it to reset all passwords for objects in its Whois database. 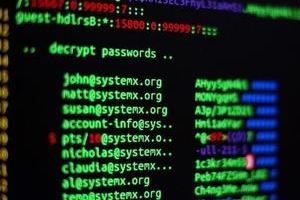 According to Asia Pacific Network Information Center (APNIC), the organization that maintains domains for the region, it experienced a technical error in June and accidentally leaked the data.

APNIC was alerted to the problem on Oct. 12 when it said a security researcher from eBay’s Red Team reported that the downloadable Whois data was being republished on a third party website. The company said the issue was resolved on Monday. “Although password details are hashed, there is a possibility that passwords could have been derived from the hash if a malicious actor had the right tools,” said Sanjaya Sanjaya, deputy director general, at APNIC wrote in a blog post outlining the mishap.

APNIC stressed the incident has nothing to do with MyAPNIC login credentials for domain name management. “This is more of an embarrassment than an actual security risk,” said Mikael Kullberg, security researcher with Nominum. “This data pertained to the ownership of the IP address, not the actual domain. That limits significantly what bad stuff can be done.”

Object data that was part of APNIC’s database was part of downloadable data feeds that the registry publishes. Sanjaya said that passwords were hashed with relatively weak cryptographical techniques. If an attacker was able to crack the hashed passwords that would have opened them up to manipulating the IP record data, that’s it.

“Changing the data could impact some blocking or geo-location systems, but those can take some time to update after changes happen,” said  Bruce Roberts, CTO of DomainTools. “I could, for example, change my allocation country code from FR to DE, and then get access to content/sites that use this data to block content in FR but not DE. But realistically, the chance of that causing any real harm is minimal.”

Roberts said, a second risk is the same with any other password breach: don’t use the same password for multiple logins.

There have been far more severe leaks of Whois data. In 2015, Google notified hundreds of thousands of domain registrants that their private WHOIS information has been exposed in the clear, exposing them to identity theft and phishing scams.

In the case of APNIC, the company resolved this issue by removing the passwords from the Whois data feed and reset all Maintainer and IRT passwords earlier this month.

“All Maintainer and IRT passwords have now been reset, so there is no need to change them again if you are an APNIC resource holder,” Sanjaya said.  He added if the old password was being used elsewhere, it should be change on those systems as well.

“APNIC is continuing to analyze its logs to search for any signs of misuse as a result of this error. So far, we have found no evidence of irregularities,” Sanjaya said. “APNIC’s post incident review is now underway to understand how this occurred and put in place improvements to prevent reoccurrence during whois upgrades.”