Hack all the things: Looks like aircraft are next in line

Imagine a plane: large, wings, lots of passengers — you get the picture. And it can be hacked, or so it seems. 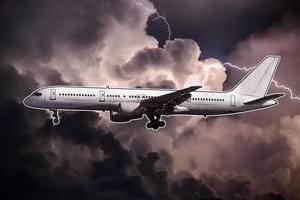 Such a theoretical possibility has been voiced more than a few times by more than a few people; a plane, like any other modern craft, is after all a network of computers, some of which are connected to the Internet. Now such theorizing seems to have been confirmed in practice.

The claim was made by none other than a representative of the US Department of Homeland Security. In the space of two days, Robert Hickey managed to gain access to the internal systems of an aircraft parked at an airport, without having physical access to the aircraft or any insider assistance. What’s more, his tools were quite ordinary items permitted in and around airports.

The plane hacked by Hickey was a Boeing 757. This model was taken out of production in 2004, but is still in service with many airlines, including the three largest in the United States (and the world): Delta, American Airlines, and United Airlines. The details of the hacking, which happened a year ago but has only just been made public, have been not disclosed. Hickey confined himself to saying that “radio frequency communications” had been used.

Briefed on Hickey’s report, Boeing issued a statement that the 757 has no cybervulnerabilities. Either way, it seems that it is now the aviation industry’s turn to start pondering cybersecurity. Just a few years ago, the hacking of cars was also purely theoretical, but then Charlie Miller and Chris Valasek hacked a Jeep, and everything changed. Since then, car hackings have been reported by numerous research teams.

Perhaps aviation now faces a similar moment of truth. It is vital that high-tech vehicles such as cars and planes use systems that do not permit anyone to do anything that their creators did not anticipate. And only a protected operating system developed with cybersecurity in mind can deliver such a guarantee.