More than 20 million Amazon Echo and Google Home devices are vulnerable to attacks via the BlueBorne Bluetooth vulnerability that was first disclosed back in September. 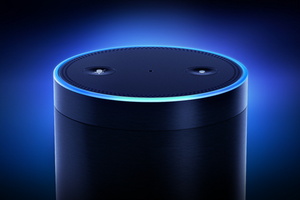 Security firm Armis said this week that BlueBorne, a Bluetooth-based attack vector that was initially reported as exploitable on phones and PCs with an active Bluetooth connection, is now setting its sights on digital AI assistants.

The firm said that both the Amazon Echo and Google Home can be exploited using existing BlueBorne vulnerabilities (of which there are eight in total). In the case of the Amazon Echo, those include CVE-2017-1000251 and CVE-2017-1000250, while the Google Home vulnerable to CVE-2017-0785. Armis notes that BlueBorne represents the first "severe" over-the-air vulnerability that affects the Amazon Echo. "Given that airborne attacks are virtually invisible to traditional security solutions, a hacker only needs to exploit one device to penetrate further into a network or spread to other devices," it warned.

Armis CEO Yevgeny Dibrov said: "Burgeoning demand for digital personal assistants is expanding the avenues by which attackers can infiltrate consumers' lives to steal personal information and commit fraud. "Consumers and businesses need to be aware how their devices are connecting via Bluetooth, and the networks they may be accessing, in order to take security precautions to protect their information."

There's some good news to come out of this, though, as Armis disclosed the vulnerabilities both to Amazon and Google ahead of time, and both have pushed out updates to their respective digital assistants. Amazon said in a statement: "A fix has already started rolling out for this. Customer trust is important to us and we take security seriously. Customers do not need to take any action as their devices will be automatically updated with the security fixes.

Google added: "Users do not need to take any action. We automatically patched Google Home several weeks ago, and neither Google nor Armis found evidence of this attack in the wild. "As always, we appreciate researchers' efforts to help keep all users safe."