Defence barrister Mark McDonald said that messages written online are being used increasingly by the Crown Prosecution Service and police. 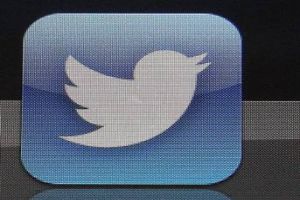 His comments come after an American teenager had a manslaughter charge upgraded to murder, partly because he had boasted about speeding on Twitter, according to prosecutors.

Mr McDonald told Metro: "There can be naivety, in that people believe they can say things on social media and it won't be used against them.

"Social media is also used as a tool by people in the Crown Prosecution Service or the police; for instance, they may ask someone alleging rape to send a message to the person they are accusing asking why they did it. Their reply can then be used in evidence."

OUR POINT
Social media tools like Facebook or Twitter is not as protected as most people think. Since their creation, we had quite a few incidents in persecuting people by bringing them to justice. All the  tweets can be quickly accessed by anyone, therefore people need to me more careful in disclosing any personal information in a place like Twitter.

Cody Hall, 18, is accused of knocking over and killing cyclist Diana Hersevoort, 58, in Dublin, California.

It is alleged he had tweeted messages including: "Live fast die young" and "come on a death ride with me". Twitter's terms of service warns users: "You should only provide content that you are comfortable sharing with others." It adds: "What you say on Twitter may be viewed all around the world instantly. You are what you Tweet!".