Scientists have discovered a flaw in banking apps used by millions of customers that left them vulnerable to hackers exploiting wifi. 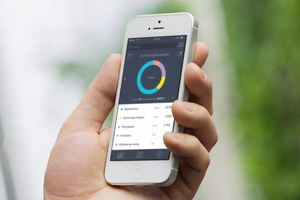 Researchers ran a tool on apps from HSBC, Natwest, Co-op banks and others and found online criminals would have be able to con the software into revealing personal details. The team at the University of Birmingham said they do not know whether customers were actively hacked as a result of the flawed apps, which have now been updated.

They found that an attacker connected to the same network as an app user, such as via wifi or a corporate network, could perform a “man-in-the-middle attack”, retrieving the user’s credentials including username, password and pin code. Also known as a Janus attack, the technique involves secretly relaying and altering communication between two parties who believe they are communicating directly. The weak link in the app used by some of the biggest banks in the world was named as “certificate pinning”, which normally improves security but can mask vulnerabilities from routine checks.

Other potential attacks were also found, including "in-app phishing attacks" against Santander and Allied Irish Banks. These would have let an attacker take over part of the screen while the app was running and use this to phish for the victim's login credentials. The researchers worked with the banks involved, and the Government's National Cyber Security Centre to fix all the vulnerabilities, and the current versions of all the apps affected by this pinning vulnerability are now secure.

Dr Tom Chothia, who led the research, said: “It’s impossible to tell if these vulnerabilities were exploited but if they were attackers could have got access to the banking app of anyone connected to a compromised network.” Hi colleague, Dr Flavio Garcia, said: “Certificate Pinning is a good technique to improve the security of a connection, but in this case, it made it difficult for penetration testers to identify the more serious issue of having no proper hostname verification.”