When Stensul CEO Noah Dinkin visited a Starbucks in Buenos Aires recently, he probably didn’t expect to be served some sneaky cryptocurrency miner code along with his coffee. 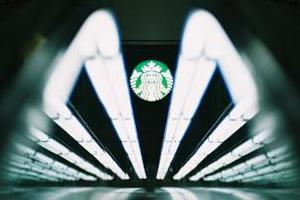 But thanks to the store’s internet provider, that’s exactly what he got. “Hi Starbucks, did you know that your in-store wifi provider in Buenos Aires forces a 10 second delay when you first connect to the wifi so it can mine bitcoin using a customer's laptop?”

Dinkin tweeted on December 2. “Feels a little off-brand.” Dinkin wrote that Bitcoin was the digital currency being mined, but CoinHive, the company that provided the code for the miner, only works with Monero, a competing coin. Surreptitious cryptocurrency mining has become a bit of a phenomenon of late. The value of digital currencies is skyrocketing across the board, so companies and websites are getting in on the gold rush by injecting a user’s browser with code that hijacks their processing power to generate digital tokens. This process, known as “mining,” is resource-intensive and can significantly impact performance.

On December 11, Starbucks responded to Dinkin’s tweet, acknowledging the issue and announcing that it’s been resolved. Visitors to the Buenos Aires location where Dinkin noticed the mining code will no longer have their computers sneakily hijacked, it would seem.

“As soon as we were alerted of the situation in this specific store last week, we took swift action to ensure our internet provider resolved the issue and made the changes needed in order to ensure our customers could use Wi-Fi in our store safely,” the official Starbucks account tweeted to Dinkin. Starbucks spokesperson Reggie Borges told that the incident was isolated to the Beunos Aires location and the problem was with the service provider, not Starbucks itself.

"Last week, we were alerted to the issue and we reached out to our internet service provider—the Wi-Fi is not run by Starbucks, it's not something we own or control," Borges said over the phone. "We want to ensure that our customers are able to search the internet over Wi-Fi securely, so we will always work closely with our service provider when something like this comes up."

"We don't have any concern that this is widespread across any of our stores," Borges continued. In a way, using any laptop that logs into the Wi-Fi at a busy coffee shop to mine cryptocurrency is a genius way to generate revenue. In another, more salient way, it’s completely invasive and inappropriate. Next time you’re checking email while sipping an espresso at your favourite joint, it might pay to investigate if your computer is chugging along.