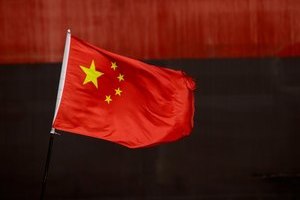 This wasn’t a case of a member of the media being forcibly removed from the country. The chase was a stunt set up to illustrate just how powerful and effective the Chinese government’s surveillance system can be. It’s a stark example of the type of monitoring that China has invested heavily in over recent years with the aim of helping police do their job more efficiently.

Such systems are also used in private organizations, for example to monitor workers and processes in factories, but government critics have warned of the potential for abuse in the hands of the state. China has the largest monitoring system in the world. There are some 170 million CCTV cameras across the country, and that’s tipped to grow more than three-fold with 400 million more set to be installed by 2020. Beyond the sheer numbers of lookout points, China is harvesting information with a new-found focus on intelligence.

The government also works with facial recognition and AI companies, such as unicorn Face++, which can pour through data to extract meaningful information such as faces, ages, registration plates and more. The full video of Sudworth’s ‘capture’ is on the BBC website.