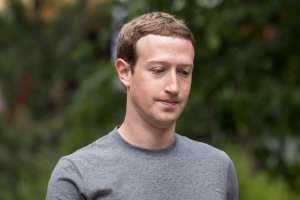 "Researchers hypothesize that reading about others online might lead to negative social comparison," wrote Facebook director of researcher David Finsberg and research scientist Moira Burke, "and perhaps even more so than offline, since people’s posts are often more curated and flattering." Facebook also cited research showing the positive impact of social media. "In sum, our research and other academic literature suggests that it’s about how you use social media that matters when it comes to your well-being."

The post by Facebook underscores the thorny situation facing the company, which has built a $28 billion business on an advertising model that relies on people spending as much time on its site as possible. Globally, the average user spent 50 minutes every day using Facebook's various suite of apps, CEO Mark Zuckerberg said in April 2016.

That Facebook felt it necessary to publish a blog post like this is testament to how public perception of it and other major tech companies is shifting. Historically well-regarded, Facebook has recently come under intense scrutiny over its role spreading propaganda and disinformation in the 2016 US presidential election, and critics — including former company executives — have attacked it over its broader impact on society.

In November, Sean Parker — the first president of Facebook — launched an extraordinary attack on the company he helped build, accusing it of exploiting human "vulnerability" and remarking: "God only knows what it's doing to our children's brains."

And former executive Chamath Palihapitiya said social networks are "destroying how society works" — though he has since said he wasn't trying to single out Facebook, and he views the company as a "force for good." Facebook's blog post can be read as a veiled response to these attacks — an attempt to get out ahead on the issues, and to be seen to be taking criticism seriously.

'The internet takes people away from social engagement in person'

In the post, Facebook openly acknowledges that research shows that social media can have a damaging impact on people. Here's a key section (emphasis added):

"In general, when people spend a lot of time passively consuming information — reading but not interacting with people — they report feeling worse afterward. In one experiment, University of Michigan students randomly assigned to read Facebook for 10 minutes were in a worse mood at the end of the day than students assigned to post or talk to friends on Facebook. A study from UC San Diego and Yale found that people who clicked on about four times as many links as the average person, or who liked twice as many posts, reported worse mental health than average in a survey. Though the causes aren’t clear, researchers hypothesize that reading about others online might lead to negative social comparison — and perhaps even more so than offline, since people’s posts are often more curated and flattering. Another theory is that the internet takes people away from social engagement in person."

But Facebook also counters this with evidence that engaging with others online "is linked to improvements in well-being," and that Facebook can have other positive impacts.

The company also details efforts it's taking to make "Facebook more about social interaction and less about spending time." These include changes to the news feed to demote what Facebook considers "low-quality content," letting users "snooze" their friends so they don't appear in their News Feed, tools to help manage the content they see from ex-partners, and suicide prevention tools.

"We don’t have all the answers, but given the prominent role social media now plays in many people’s lives, we want to help elevate the conversation," the blog post concludes. "In the years ahead we’ll be doing more to dig into these questions, share our findings and improve our products. At the end of the day, we’re committed to bringing people together and supporting well-being through meaningful interactions on Facebook."