Windows 10 facial recognition feature can be bypassed with a photo

Facial recognition systems appear to be the next big thing on our devices, be they smartphones or laptops, and naturally, security researchers and users alike tried to determine whether these are more secure than the typical password or the fingerprint sensors they often replace. 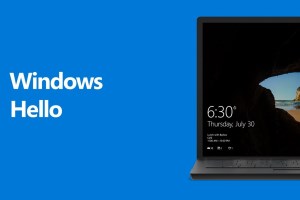 In the case of the iPhone X, Apple’s new smartphone that comes with a facial recognition system called Face ID, researchers have managed to unlock the device with a specially-crafted mask that involved a lot of research but pretty affordable materials.

At the same time, a number of users have demonstrated that lookalike people or siblings could also bypass Face ID to get access to the home screen, raising questions as to how secure the iPhone X facial recognition system really is. Microsoft was one of the first companies to embrace biometric authentication in Windows 10 with the release of the Lumia 950 XL in October 2015. Windows Hello has since evolved to become available not only on phones, but also on laptops, again replacing the traditional password for many users.

Researchers at SySS have tried to determine how secure Windows Hello is on older and newer versions of Windows 10 using the typical methods to bypass biometric authentication, including the face of a person photographed head-on like in official documents, pictures taken with a near-infrared camera, brightness and contrast adjustments, and paper printouts made with laser printers.

The test involved two different devices, the Dell Latitude E7470 with LilBit USB Camera and a Microsoft Surface Pro 4. According to their findings, Windows Hello on older Windows 10 versions can indeed be bypassed using the methods described above, but only if enhanced anti-spoofing isn’t enabled in the operating system. This feature is only available on certain hardware, like on Microsoft’s Surface models, so it goes without saying that the Dell model was hacked easier.

“If only the Windows 10 operating system is updated from a vulnerable version like 1511 or 1607 to the latest version of 1709 without setting up Windows Hello face authentication anew, the described spoofing attack with a paper printout still works,” they say.

The full research with more variations of the attack will be published in the spring of 2018, but until then, users who care about security should upgrade to the Fall Creators Update and enable enhanced anti-spoofing if available.