Two Romanian hackers infiltrated nearly two-thirds of the outdoor surveillance cameras in Washington, DC, as part of an extortion scheme, according to federal court documents. 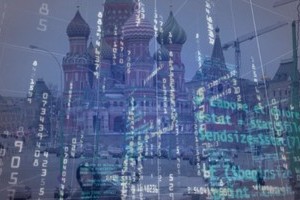 In a criminal complaint filed last week in the US District Court for the District of Columbia, the US government alleges that the two Romanian hackers operating outside the United States infiltrated 65% of the outdoor surveillance cameras operated by DC city police — that's 123 cameras out of 187 in the city. The alleged hacking occurred during a four-day period in early January.

The hacking suspects, Mihai Alexandru Isvanca and Eveline Cismaru, are also accused of using the computers behind the surveillance cameras to distribute ransomware through spam emails, according to an affidavit by Secret Service agent James Graham in support of the government's criminal complaint. The affidavit alleges the hackers meant to use the malware to lock victims' computers and then extort payments from them to regain access.

In the affidavit, the Romanians are accused of "intent to extort from persons money and other things of value, to transmit in interstate and foreign commerce communications containing threats to cause damage to protected computers." They were traced through their registered email addresses, one of which roughly translates into "selling souls" in Romanian, according to the affidavit.