Intel says devices are rebooting more than usual after being patched with fixes it has issued to the Spectre and Meltdown security flaws in its chips. 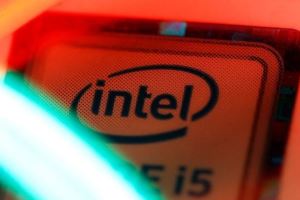 The company said it had reproduced the problem and was "making progress toward identifying the root cause". It also shared information about how the patches might affect computer performance in data centres.

One financial industry expert told he was concerned about the numbers being quoted. Intel said its tests showed a reduction in performance ranging from 2% to 25%. The US company said it was working with partners and customers to find ways to "address" the issue. In an update on its website, Intel said the reboot problem had been identified in its Ivy Bridge, Sandy Bridge and Skylake processors. It also affected Kaby Lake chips - its most recent offering.

Two separate security flaws, known as Meltdown and Spectre, were publicly disclosed in January. Researchers discovered gaps in security stemming from central processing units - better known as the chip or microchip - that could allow privately stored data in computers and networks to be hacked.

Experts suggested fixing the problem could reduce the performance of Intel chips significantly. Intel said its "initial analysis" for business cases such as running website servers showed a slowdown of 2%. But it added that when it simulated a stock brokerage making transactions, the chips saw a 4% reduction in performance.

One industry insider suggested that figure was more significant than it might seem at first glance. "In a company like ours, 4% would be a massive difference," said Alasdair Haynes from the stock exchange Aquis. "We measure the time of trades in microseconds. Firms spend an enormous amount of time and money trying to get the fastest speed out of a server."

The most significant reduction in performance involved computer servers that store and retrieve large volumes of data. For those, the slowdown could be as severe as 25%.