The founders of a Scottish company called MaidSafe had a wild idea. 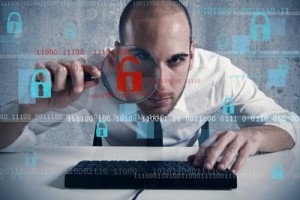 What if you were to give the internet a makeover, changing it so that it's absolutely safe from hackers and government snooping, but is still good for app developers and for sharing information?

And the MaidSafe SAFE network was born, brainchild of David Irvine (who is CEO) and Nick Lambert (COO.)

The plan is to use the existing internet but not store your data on servers in data centers such as done by Google, Yahoo, Facebook, and every other big internet company today.

Instead, everyone who joins this network would turn their PC into part of the network, allowing bits and pieces of encrypted data to be stored on all PCs.

OUR POINT
Bitcoin is not the new alternative to the real currencies. By creating all the cryptographic systems, developers what to help people to stay more protected and less vulnerable to all the disasters of the modern Web. One rule of thumb from us is to be careful when sign in and read carefully the user agreements with such networks.

This is, actually, somewhat similar to how the World Wide Web was originally designed. Earlier this month, after eight years work on the underlying technology, the team opened things up to developers. And 500 of them flocked to MaidSafe. That's how many have registered to create applications built for the SAFE network.

They funded their new network by selling their software, something called safecoins. They accepted bitcoins in payment and something called "mastercoin," a "programmable money layer" that lets anyone create their own cryptocurrency.

By their calculation, they sold $6 million worth of software in 5 hours, when converting the mastercoins and bitcoins into U.S. dollars.