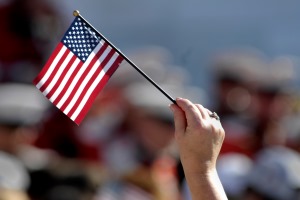 The officials told that while the issue is under review and a final decision has not been made, the recent revelations that a fitness tracking app that maps people's exercise habits could pose security risks for US troops has only underscored the need for the review.

The officials added that the review was ordered after Mattis expressed his intent to ban personal cell phones in the Pentagon. A defense official told that the intelligence about the risk of cell phone vulnerabilities that drove the Pentagon's review is the same intelligence that helped lead to a similar ban of personal cell phones among White House staffers in the West Wing, a ban that went into effect this month.

"We take threats to security seriously and are always looking into any potential additional measures to further enhance the security of our of Department of Defense personnel," Pentagon spokesperson Maj. Audricia Harris told when asked about the review.

Pentagon spokesman Col. Rob Manning told reporters Monday that Mattis had been recently briefed on the issue of wearable devices and that the Department of Defense was reviewing policy regarding the use of smartphones and wearable devices by military personnel.

There are approximately 23,000 military and civilian staff that work in the Pentagon. There is no cell signal in the majority of the building and rooms with classified and sensitive information as well as computers require those entering to place their cell phones in an outside box or locker prior to entry.

Two defense officials told that the current review was sparked by a small number of cases of Pentagon employees improperly bringing their personal devices into classified areas.

Multiple officials said that given the large number of people working at the Pentagon, many of them commuting in by public transit, the logistical challenges of installing lockers or other means to allow staff to store their personal cell phones upon entering the building will be the biggest challenge to implementing a ban, casting doubt on its feasibility, with one defense official saying that given all the challenges the ban was unlikely to come into effect.

Two officials said one possible remedy will be tighter enforcement of the rules that are already in place, with one official saying that additional screening technology could be emplaced at the entrances of those classified areas to prevent cell phones from being brought in.

That plan was floated by White House Chief of Staff retired Gen. John Kelly in July but was not executed until this month. Officials told that the move prompted widespread frustration among staffers, many of whom are questioning how they are expected to stay in touch with their families and spouses while often working 12-hour days.