Hackers could seize control of home appliances fitted with new smart technology and force them to mine Bitcoin without the owner's knowledge, security experts have warned. 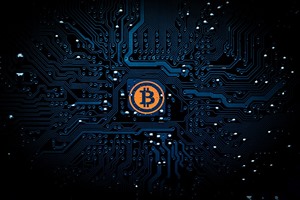 High-tech fridges, ovens and washing machines powered by computer processors and linked to home assistant devices and smart phones are all vulnerable to attack from cyber criminals, specialists from geopolitics consultancy Stratfor said.

And, if hackers manage to hijack the software controlling them, they could use the appliance’s computing power to mine cryptocurrency such as Bitcoin, then funnel off the proceeds into their own digital wallets. Giving a briefing on upcoming security threats for 2018, Scott Stewart, vice president of tactical analysis for Stratfor, said ‘smart homes’ with a number of connected applicances could be especially vulnerable.

He said: “The concern is when you have a centralised home assistant device like a Google Home or an [Amazon] Alexa, that connects to many other devices, whether its lights, thermostats, refrigerators, dishwashers, other appliances, we’re really concerned that provides a central node for an attack.

“We believe we’re going to see this year hackers starting to use new tools and new approaches to grab a hold of those.” Mr Stewart said hackers have already made use of the processing power inside home appliances - without their owner’s knowledge - for distributed denial of service (DDoS) attacks.

Such an attack involves overwhelming a website with so much bogus traffic legitimate users are unable to access it. Mr Stewart added: “We saw that with some of the DDoS attacks, when they were grabbing home security cameras and other connected devices and using them on DDoS attacks.

“We’re also concerned though not only for use in DDoS and the ransomware application, but also Bitcoin mining and other coin mining. “So people could take over your appliances and use them to make Bitcoin, which is crazy. But it is what it is.”

Bitcoin mining is a potentially extremely lucrative practice but needs a great deal of computing power, which in turn runs up huge electricity bills. Computers connected to the Bitcoin network ‘mine’ new coins by solving a series of increasingly complex mathematical equations.

The first machine to solve the equation is rewarded with a new Bitcoin, which, as of 12.40pm GMT on February 1, is worth £6,619.89 ($9,405.92). A Google spokesman told Express.co.uk security of its devices were of the utmost importance and priority and that any communications with the Google Home are encrypted by default.

He said hackers will always be looking for new ways to attack systems, and recommended users ensure they are using a secure Wi-Fi network to better protect themselves. An Amazon spokeswoman said: “Amazon takes customer security seriously and we have taken measures to make Echo devices secure.

“These include hardware controls via the mic/camera off buttons, disallowing third-party application installation on the device, rigorous security reviews, secure software development requirements and encryption of communication between Echo, the Alexa App and Amazon servers.”