The passwords of some people using sites monitored by popular analytics provider Mixpanel were mistakenly pulled into its software. 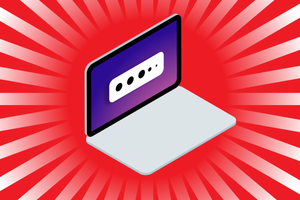 Until TechCrunch’s inquiry, Mixpanel had made no public announcement about the embarrassing error beyond quietly emailing clients about the problem. Yet some need to update to a fixed Mixpanel SDK to prevent an ongoing privacy breach.

It’s unclear which clients were impacted due to confidentiality agreements, but Mixpanel lists Samsung, BMW, Intuit, US Bank and Fitbit as some of the companies it works with. “We can tell you that less than 25 percent of our customers were impacted,” the company’s spokesperson told me, but they noted approximately 4 percent of all Mixpanel Projects suffered from the privacy gap. Mixpanel has raised $77 million in rounds led by prestigious investors like Andreessen Horowitz and Sequoia. But in early 2016 it laid off 10 percent of its 230-plus team, and has been dogged by a reputation for being expensive. Today’s news won’t help.

The password-harvesting bug stemmed from a March 2017 change to the open source React JavaScript library that clashed with how Mixpanel’s Autotrack feature, launched in 2016, works. It led Autotrack to pull in the values of hidden and password fields in ways it wasn’t supposed to. “We didn’t catch it, it’s that simple,” Mixpanel CEO Suhail Doshi tells me.

The problem persisted for nine months until a customer alerted Mixpanel on January 5th. By the 9th, the company had begun filtering out and securing passwords it accidentally scooped up, and it’s since destroyed any passwords it received. On February 1st, Mixpanel sent the email found at the end of this article to its clients informing them of the issue.

Clients that auto-update their Mixpanel SDK or load it straight from the startup have already gotten a patch to fix the issue. But some clients that manually update their Mixpanel SDK still need to download a new version to stop the flow of passwords. “Roughly 85 percent of affected customers have already updated their SDK to address this issue. We are actively working to contact remaining customers who have not yet updated their SDK,” according to the spokesperson.

In the meantime, “We’ve disabled Autotrack by default for all new projects created. We’ll be further evaluating Autotrack as a product in the future,” the spokesperson says, showing a mature level of contrition.

“To date, our forensics and security experts have not seen any indication that this data was downloaded or accessed by any Mixpanel employee or third party,” the company wrote in the email. That’s a relief, as there’s no way for an individual user of one of Mixpanel’s clients to know if their password got sucked in. Still, the possibility that end users’ privacy could have been breached is surely alarming to Mixpanel customers who trust it to watch how their sites and apps are used to optimize performance and monetization. The error could be a windfall for competitors like Google Analytics, KISSmetrics, Splunk, Flurry and Localytics.

Increasing reliance on open-source frameworks like React means engineering and security teams can’t just worry about their company’s own code. It has to mingle with changes to open-source projects that can cause unforeseen trouble. It’s like if the ingredients in one of your prescription drugs subtly changed, so your preferred over-the-counter pills suddenly caused a dangerous interaction.