Someone just posted what experts say is the source code for a core component of the iPhone’s operating system on GitHub, which could pave the way for hackers and security researchers to find vulnerabilities in iOS and make iPhone jailbreaks easier to achieve. 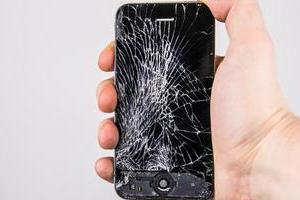 The GitHub code is labeled “iBoot,” which is the part of iOS that is responsible for ensuring a trusted boot of the operating system. In other words, it’s the program that loads iOS, the very first process that runs when you turn on your iPhone.

It loads and verifies the kernel is properly signed by Apple and then executes it—it’s like the iPhone’s BIOS. The code says it’s for iOS 9, an older version of the operating system, but portions of it are likely to still be used in iOS 11. Apple has traditionally been very reluctant to release code to the public, though it has made certain parts of iOS and MacOS open source in recent years.

But it has taken particular care to keep iBoot secure and its code private; bugs in the boot process are the most valuable ones if reported to Apple through its bounty program, which values them at a max payment of $200,000. “This is the biggest leak in history,” Jonathan Levin, the author of a series of books on iOS and Mac OSX internals, told me in an online chat. “It’s a huge deal.”

Levin said the code appears to be the real iBoot code because it aligns with code he reverse engineered himself. A second security researcher familiar with iOS also said they believe the code is real. We don’t know who is behind the leak. Apple did not respond to a request for comment.

Having access to the source code of iBoot gives iOS security researchers a better chance to find vulnerabilities that could lead to compromising or jailbreaking the device, Levin said. That means hackers could have an easier time finding flaws and bugs that could allow them to crack or decrypt an iPhone. And, perhaps, this leak could eventually allow advanced programmers to emulate iOS on non Apple platforms.

Vulnerabilities in previous versions of iBoot allowed jailbreakers and hackers to brute-force their way through the iPhone’s lock screen and decrypt a user’s data. But newer iPhones have a chip called the Secure Enclave Processor, which has hardened the security of the device.

For regular users, Levin added, this means that tethered jailbreaks, which require the phone to be connected to a computer when booting, could soon be back. These jailbreaks used to be relatively easy to pull off and were common, but are now extremely hard to come by on up-to-date iOS devices, which have advanced security mechanisms that make it hard for even highly skilled researchers from even looking for bugs, as they need to first jailbreak the device before beginning to probe the device.

It’s these security improvements that have have effectively killed the once popular jailbreak community. Nowadays, finding bugs and vulnerabilities in iOS is something that requires a significant amount of time and resources, making the resulting exploits incredibly valuable. That’s why the jailbreaking community gets excited for any leak of source code or any exploit that gets released publicly.

This source code first surfaced last year, posted by a Reddit user called “apple_internals” on the Jailbreak subreddit. That post didn’t get much attention since the user was new and didn’t have enough Reddit karma; the post was quickly buried. Its new availability on GitHub means it’s likely circulating widely in the underground jailbreaking community and in iOS hacking circles. “iBoot is the one component Apple has been holding on to, still encrypting its 64 bit image,” Levin said. “And now it’s wide open in source code form.”