Malicious app developers can secretly abuse a macOS API function to take screenshots of the user's screen and then use OCR (Optical Character Recognition) to programmatically read the text found in the image. 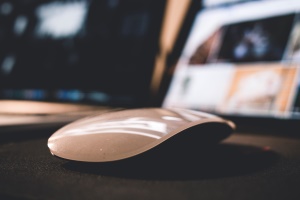 The function is CGWindowListCreateImage, often utilized by Mac apps that take screenshots or live stream a user's desktop.

According to Fastlane Tools founder Felix Krause, any Mac app, sandboxed or not, can access this function and secretly take screenshots of the user's screen. Krause argues that miscreants can abuse this privacy loophole and utilize CGWindowListCreateImage to take screenshots of the screen without the user's permission. In experiments he carried out, Krause says he was able to use an OCR library to read various types of information captured using CGWindowListCreateImage. He argues that an attacker can:

⌔  Read emails and messages users open on their Mac

In an email conversation with Bleeping Computer, Krause says he privately reported the issue to Apple last November. Because the issue was not resolved, Krause went public with his findings on his blog yesterday, and filed a public bug with Apple.

Krause also proposed some mitigations that Apple could take into consideration to prevent abuse of the CGWindowListCreateImage function. The easiest one to implement would be to put the user in charge by adding a permission dialog for apps that use this function to take screenshots of the user's screen.

Another one would be to have macOS to notify users when an app is taking screenshots of his screen, a notification system that Mac security software can tap into and block such attempts.

"There are lots of valid use-cases for Mac apps to record the screen, e.g. 1Password 2fA support or screen recording software, however there must be some kind of control," Krause said.

This is not the first time Krause has looked at the privacy controls of Apple features. Last year, the researcher discovered that rogue iOS applications can gain access to limited geo-location information by obtaining image permissions and extracting GPS coordinates from locally-stored photos.