USA ambassador took her oath of office on a Kindle

USA representative to Switzerland and Liechtenstein, Susan Levine became the first ambassador, who took her oath on electronic reader Kindle, which had USA Constitution copy. 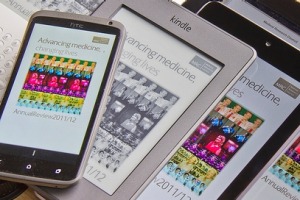 The relevant photo and tweets were lined in Twitter- account of the USA Embassy in London: “The characteristic of the XXI century oath; @ AmbSuzi becomes the first USA ambassador, who sworn on electronic handheld device.”

The USA Senate approved Susan Levine as Ambassador to Switzerland and Liechtenstein, and found that oath was legal.

According to journalists, similar innovation is not surprising for Levine: more recently, in 2009-2012 she worked for Microsoft.

And this is not the first time at the beginning of January in 2014 Edward Mangano used the tablet instead of the Bible, the chief of the executive of Nassau County in the Bahamas.

OUR POINT
Electronic devices goes hand in hand with everything what people do in the Tech world. More innovative methods have been found recently to make all sorts of oaths in government and non-government institutions. You need to be alert in doing such things, since now they have the same power as old fashion rituals.

Despite the fact that readers and tablets almost signed sentence paper to literature, scientists believe that reading of traditional books are much more effective than injection masterpieces of literature in Kindle.