A security researcher hijacked hundreds of GitLab domains in just a few seconds by exploiting a weakness in how the company handles domain verification -- a security issue that the company has now fixed. 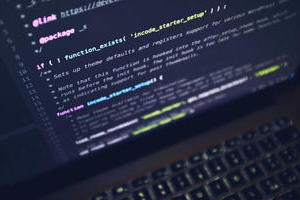 GitLab, a web-based git repository manager that lets developers track and collaborate on source code and project development, also allows users to host their own content and projects with a custom domain name. But the company said in a security notification on February 5 that no validation was being performed when a user added a custom domain to their GitLab accounts.

In the little time that a custom domain points to a recently deleted or unclaimed GitLab repo that will be added later, the domain can be hijacked. Edwin Foudil, known as EdOverflow, and founder of security consulting firm Penultimate, drew inspiration from a bug report submitted on February 1, which contained proof-of-concept code that listed vulnerable custom domains that were pointing to GitLab. GitLab marked the initial report as informative, which according to documentation means it contains "useful information but did not warrant an immediate action or a fix".

Because GitLab allows pointing an unlimited number of domains for a single repository, Foudil was able to write a short script weaponizing that initial code, allowing him to mass hijack a limitless number of domains. "This resulted in 700 hijacked domains and subdomains in under one minute," he told. Not only that, any hijacked domain is prevented from creating a GitLab repository with that domain.

That was enough to catch GitLab's attention, with the company confirming that Foudil's "valuable report" was what "triggered our response" in releasing the security notification less than a day later. "I managed to escalate the issue to the point where the issue was in fact caused by GitLab," said Foudil. "GitLab allowed mass monitoring of domains prior to them even pointing to GitLab's IP address."

Foudil's report was publicly released late Wednesday after the company fixed the bug. Foudil also said the attack isn't just limited to domains that his script could detect. Hijacking domains was as easy as scraping the domain names of thousands of high-ranking sites. Once a domain is taken over, the attacker can serve any content they want on that domain.

"The exploits are endless," Foudil said. He gave several examples where an attacker can hijack a subdomain to read and set cookies on other basenames. "I can even mine cryptocurrency," he said. Kathy Wang, director of security at GitLab, said in a phone call this week that the company took responsibility for the security issue. She added that the lack of domain verification is "a widespread problem across the industry".

"Implementing domain verification is an exception not a rule -- so a lot of vendors have not yet done it," she said. GitLab switched off the feature to add custom domains until a fix was made available. The company said it estimates the fix rollout will complete by the end of the month.