Microsoft Word documents can now be used by hackers to deliver a cryptojacking script—hijacking a victim's computer to mine the cryptocurrency Monero. 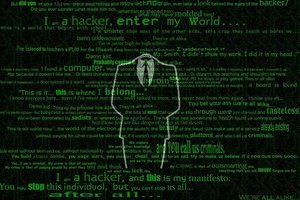 According to security researchers at Votiro, the attack utilizes Word's Online Video feature to commandeer the CPU.

The feature allows a Word user to simply paste the iframe embed code to add an internet video to a Word document. The video will then pop up in the Word document, and can be played the next time a user opens the document. However, an attacker can add the cryptojacking script in with the video code, tricking the victim into performing Monero mining for them, the Votiro report said. To make the attack as effective as possible, attackers can "tailor" the video to fit the needs of a particular user. Once embedded and started, the user will believe they are only watching a movie while their CPU is being worn out trying to mine cryptocurrency.

In an example attack shown by Votiro, the researchers were able to hijack 99% of the victim's CPU for mining. Because the attack needs the Internet Explorer frame to remain open to mine, longer videos will be more effective. The researchers noted that there is a way to fold in a fake "Loading..." screen to superficially increase the length of the video.

Internet Explorer is also at risk of such cryptomining attacks, the report said. Because it is used less often than Chrome and Firefox, it is updated less frequently, meaning vulnerabilities may still be present. Exploit kits and the aforementioned Word attack could be used to install a banking Trojan and other attacks on a victim's machine.

The issues present in the Microsoft Word video system could also be used to embed phishing pages inside files as well, the report said. Business leaders and professionals should be wary of suspect Word files they receive via email, and should employ caution when dealing with the Online Video feature in Word.