The British operator has said that the government is able to listen to phone conversations using secret cables connected directly to network equipment. 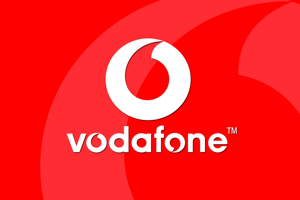 These secret wires have infiltrated its network, and those of its competitors, allowing the government to listen to phone calls as they happen, and to even track the location of citizens without a warrant.

One of the world's largest mobile operators Vodafone said that 29 countries have government technology, having access to all telephone negotiations subscribers’.

As stated in the Vodafone, special equipment is directly connected to the networks of the company and its partners. It allows to record or listen to conversations in real time, to determine the location of the subscriber.

Vodafone did not name the specific countries in which this activity takes place because it is illegal to disclose wiretapping information in 9 of the 29 countries that it operates. Those countries that ban revealing wiretap information are Albania, Egypt, Hungary, India, Malta, Qatar, Romania, South Africa and Turkey. Vodafone's report states that disclosure of such data may lead to the fact that in some states its employees can be arrested.

In six of the countries in which Vodafone operates the wires are a legal requirement, with laws obliging telecommunications companies to install direct-access pipes or allowing governments to do so.

In this regard, operators do not even know what subscribers are spied on by the authorities, since they have direct access to databases. Intervention can be made ​​at any time; it does not need court approval.

As workers explained in industries such equipment sometimes takes a room in a building with the equipment operator. People who service the equipment can work in the company, but do it on secrecy, without the right to tell about what they do.

"This is the nightmare scenario, which we expected", said Gus Hosein, executive director of PrivacyInternational, who tries to fight the mass surveillance law in the UK.

"I never thought the telcos [telecommunications companies] would be so complicit. It's a brave step by Vodafone and hopefully the other telcos will become more brave with disclosure, but what we need is for them to be braver about fighting back against the illegal requests and the laws themselves", Hosein said.