The Germany‘s biggest telecoms company telecommunications operator Deutsche Telekom will publish information on surveillance of special services for its subscribers which has 140 million customers. 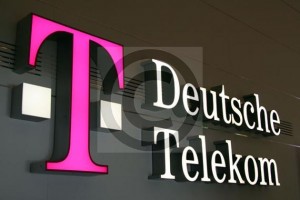 Thus Deutsche Telekom follows company Vodafone, which has recently stated that the government of 29 countries can listen to conversations on its mobile networks.

The Deutsche Telekom Company said that they intend to publish information on how special services listen to the mobile communication subscribers.

Deutsche Telekom operates in 14 countries including the USA, Spain, Poland. Previously, the company has already published surveillance data for Germany – one of the countries that have reacted most angrily to the Edward Snowden revelations.

A spokeswoman for Deutsche Telekom, which has 140 million customers worldwide, said: "Deutsche Telekom has initially focused on Germany when it comes to disclosure of government requests. We are currently checking if and to what extent our national companies can disclose information. We intend to publish something similar to Vodafone."

Disclosure may pose a dilemma for Orange, formerly France Telecom. Like Deutsche it is still partially state-owned, and French newspaper Le Monde reported this year that the company had deep links with its domestic intelligence agency.