Facial recognition software is becoming more advanced and ubiquitous—I mean, you can unlock your phone with your face now. 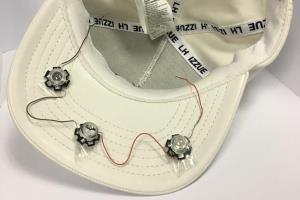 As this progresses, researchers are trying to make systems more secure by getting ahead of any potential hacks, including creating an infrared light-projecting baseball cap that can fool a face recognition system into thinking you’re the musician Moby.

Security researchers from universities in China and the United States recently uploaded a paper to the arXiv preprint server that details exactly how such a scam could be pulled off. Infrared light can’t be seen with the naked eye, but most cameras can pick up this spectrum. Using tiny infrared LEDs wired to a baseball cap, the researchers were able to project dots of light onto the wearer’s face in a way that not only can obscure their identity but also “impersonate a different person to pass facial recognition-based authentication.”

This is a much more challenging goal, and it requires using a deep neural network to interpret a static image of the victim’s face and project the appropriate infrared lighting onto the impersonator. To test out their theory, the researchers pulled four random photos and tried tricking face recognition software, including with a photo of singer Moby: 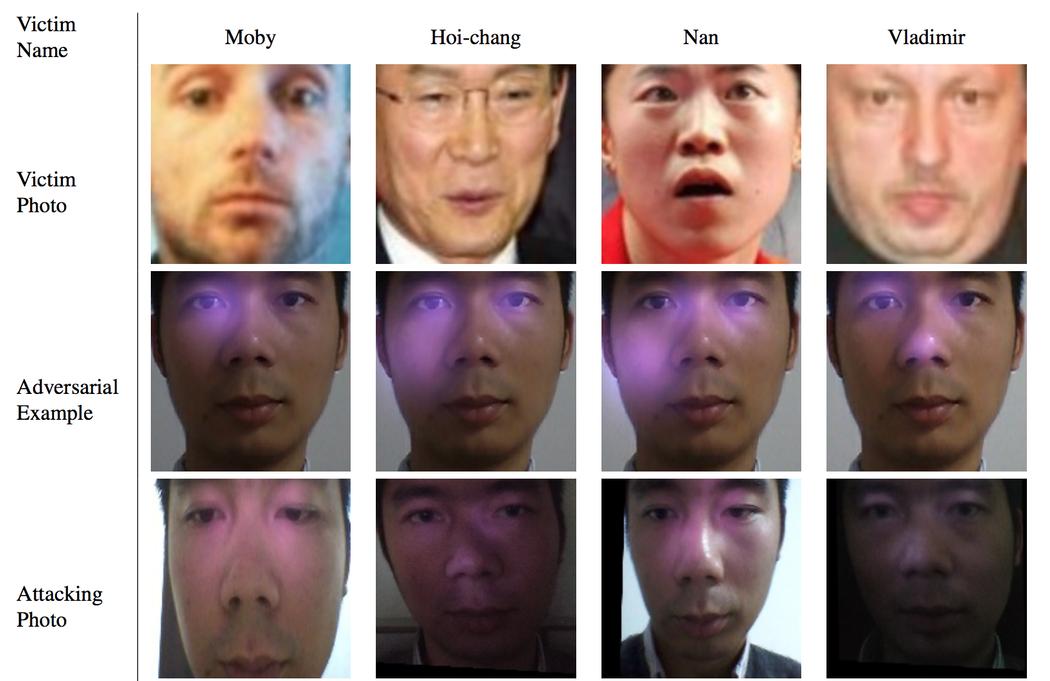 In their trials, the researchers found that they could fool a face recognition camera 70 percent of the time, as long as the impersonator looked vaguely like the victim.

“Based on our findings and attacks, we conclude that face recognition techniques today are still far from secure and reliable when being applied to critical scenarios like authentication and surveillance,” they wrote. “Researchers should pay more attention to the threat from infrared.”

Other recent research has found that using 3D printed glasses can help hide your face well enough to avoid detection from facial recognition software, while another showed that simple stickers on stop signs can trick software into seeing them as speed limit signs (which will be just super when we have self-driving cars).

This example is the latest, though it’s an admittedly small study that has not yet been peer-reviewed. Still there is some evidence now that something as simple as a few strategically-placed infrared LEDs could cause some pretty dystopian scenarios. And in case the ball cap didn’t weird you out enough, the researchers also said the LEDs could easily be “hidden in an umbrella and possibly even hair or a wig.” But I guess the wig wouldn’t really work if you’re trying to impersonate Moby.