On iOS 11, Apple introduced a new way to protect user privacy by letting you hide the contents of your notifications on your iPhone's lock screen until you unlock the device with Touch ID or Face ID. 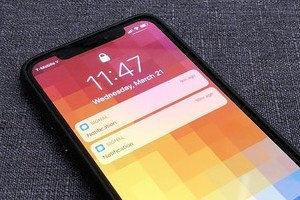 Even with the "Show Previews" featured set to display only "When Unlocked" (Settings > Notifications > Show Previews), you can still ask Siri to read any hidden notifications out loud by saying "Hey Siri, read my notifications." We confirmed Siri was able to read out loud hidden messages from third-party messaging apps Signal and WhatsApp on an iPhone X and iPhone 8 Plus running the latest version of iOS (11.2.6). Experts say the Siri bug extends to iOS devices running iOS 11.3 beta and other messaging apps like Telegram and Skype are also affected.

The only messaging app that isn't affected by the bug appears to be Apple's own Messages. We tried again and again to get Siri to read texts, but it demanded we unlock our iPhones first.

It goes without saying that the bug is pretty serious and leaves messages you think are hidden behind a wall of security completely exposed to anyone who wants access to them.

In a statement, Apple said it was "aware" of the bug and working on a fix. “We are aware of the issue and it will be addressed in an upcoming software update.”

The company didn't provide a timeline for the update, but users aren't entirely out of luck in the meantime. You can avoid the issue by disabling lock screen notifications for messaging apps or by disabling Siri when your phone is locked (note that this will apply to all Siri functions, not just messaging apps).