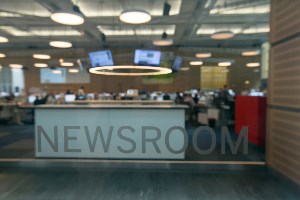 It’s seeking a contractor that can help it monitor traditional news sources as well as social media and identify “any and all” coverage related to the agency or a particular event, according to a request for information released April 3.

The data to be collected includes a publication’s “sentiment” as well as geographical spread, top posters, languages, momentum, and circulation. No value for the contract was disclosed. “Services shall provide media comparison tools, design and rebranding tools, communication tools, and the ability to identify top media influencers,” according to the statement. DHS agencies have “a critical need to incorporate these functions into their programs in order to better reach federal, state, local, tribal, and private partners,” it said.

The DHS wants to track more than 290,000 global news sources, including online, print, broadcast, cable, and radio, as well as trade and industry publications, local, national and international outlets, and social media, according to the documents. It also wants the ability to track media coverage in more than 100 languages including Arabic, Chinese, and Russian, with instant translation of articles into English.

The DHS request says the selected vendor will set up an online “media influence database” giving users the ability to browse based on location, beat, and type of influence. For each influencer found, “present contact details and any other information that could be relevant, including publications this influencer writes for, and an overview of the previous coverage published by the media influencer.”

Responses are due April 13. Seven companies, mainly minority- or women-owned small businesses, have already expressed interest in becoming a vendor for the contract, according to the FedBizOpps web site.