Vevo’s YouTube account appears to have fallen victim to hackers today, as a number of high-profile music videos have been defaced. 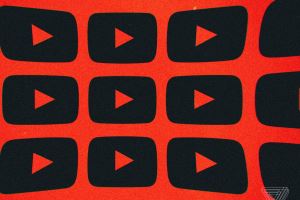 The most-viewed YouTube video of all time, Luis Fonsi and Daddy Yankee’s “Despacito,” disappeared from YouTube briefly after being defaced by hackers.

The video’s image was altered and replaced with a masked gang holding guns (from Netflix show Casa de Papel), and the description was changed by hackers calling themselves Prosox and Kuroi’sh. Lots of other popular music videos have also defaced, including songs from Chris Brown, Shakira, DJ Snake, Selena Gomez, Drake, Katy Perry, and Taylor Swift. Some of those videos are still available, with defaced titles and thumbnail images. All of the affected music videos were uploaded to the artist’s Vevo YouTube accounts, and it’s not immediately clear whether the hackers gained access to individual accounts or if there was a wider exploit with Vevo accounts.

At least one of the hackers claim that they used a “script” to alter the video titles. Experts reached out to Google for comment on the breach, and the company referred us to Vevo. “Vevo can confirm that a number of videos in its catalogue were subject to a security breach today, which has now been contained,” says a Vevo spokesperson. “We are working to reinstate all videos affected and our catalogue to be restored to full working order. We are continuing to investigate the source of the breach.”