Absolute Internet traffic increases at 20% -40% every year and the amount of absolute bandwidth utilized by the encrypted traffic is doubled in this period. 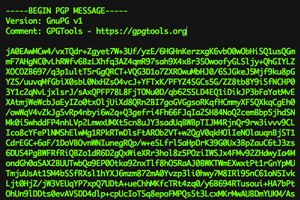 According to the Global Internet Phenomena report, published by Sandvine, a Canadian broadband management company, the amount of absolute Internet traffic increases significantly each year.

The wake of surveillance revelations leaked by Edward Snowden became reason that bandwidth utilized by the encrypted traffic has been increased at 2 times in North America and at 4 in Latin America.

A new report released by Sandvine indicates that BitTorrent loses its popularity in the USA but it continues its growth in Europe. The encrypted traffic growth was recorded in 2014 compared with last year.

Europe had a quadruple rise in Europe over that same period with a jump from 1.47 percent to 6.1 percent.  In North America, the usage of SSL encrypted traffic jumped from 2.29 percent a year ago to 3.8 percent today.

Encrypted traffic volume growth is a global phenomenon. Latin American SSL traffic went from 1.8 percent to 10.37 percent per year. Mobile networks are incorporated into the report findings and are experiencing this boom in encrypted traffic as well, as the platforms grow in prominence globally.

Encrypted traffic changes can be associated with the Edward Snowden revelations. As a result users have also increasingly been utilizing anonymizing services such as private Virtual Private Networks (VPN) and web proxies. Moreover major web service providers such as Google and Yahoo have been turning on SSL traffic encryption by default.