FBI can legally hack into suspects' computers for criminal evidence according to changes in the law on criminal liability in the United States. 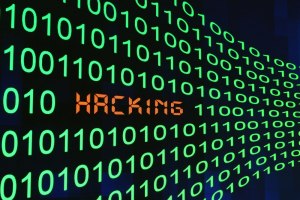 The USA Justice Department (DOJ) is seeking a transition in the criminal rules that would make the authorities to have more leeway to secretly hack into the suspected criminals’ computer during criminal investigations at any times.

According to the proposed change in the rules would make FBI to easily obtain warrants to secretly access suspects’ computers for the evidence when the physical location of the computer is not known to them.

The problem is that FBI and government agents increasingly face as more and more crime carried out is online, and with the help of online tools, it is easy to conceal identity of the criminal.

“This proposal ensures that courts can be asked to review warrant applications in situations where it is currently unclear what judge has that authority,” Justice Department spokesman Peter Carr said.

This USA proposal to expand the ability of authorities has again held a debate over how to secure and balance the privacy and digital rights of individuals with the need to keep the whole nation safe. According to critics this new plan would leverage the authorities to use “zero-day exploits” on software vulnerabilities during criminal investigations and the change to the law could violate the privacy rights.

“I don't think many Americans would be comfortable with the government sending code onto their computers without their knowledge or consent,” Nathan Freed Wessler, a lawyer with the American Civil Liberties Union, said in a telephone interview to Bloomberg “The power they're seeking is certainly a broad one.”

The New proposal would also allow the authorities to use a single warrant to hack into thousands of botnet victim’s computers to collect evidence and technical details of the criminals. This means to find out a single culprit who could be even a foreigner, the authorities would legally authorize themselves for spying on thousands of machines legally.

DOJ highlighted that the proposed change would allow law enforcement agencies to use “remote access” to search and monitor computers even when “the district where the media or information is located has been concealed through technological means.” A single warrant could be used to search computer systems located in five or more judicial districts.