Websites might interpret your irregular scrolling and clicking as a sign of fraud and require you to prove your identity. 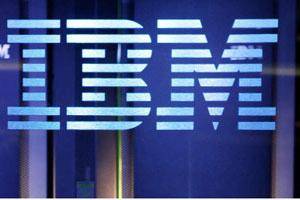 The company announced it has patented a technique that helps online and cloud-based businesses improve their ability to eliminate fraud by analyzing browsing behavior to determine whether customers are who they say they are after accessing a website or app via a computer, tablet or other mobile device.

The technology was named "user-browser interaction-based fraud detection system." A new system analyses Internet users` work, including such sites as banking or shopping. Similar to how individuals recognize changes in the behavior of a family member or friend on the phone – even when the audio is fuzzy – by the words they use, how they answer the phone, their mannerisms, etc., IBM’s invention helps businesses analyze and identify sudden changes in online behavior.

The technology could identify sudden changes in online behavior, which would then trigger a secondary authentication measure, like a security question. It would work on a mobile device or PC. User‘s behavior may change under the influence of a number of reasons such as health problems, the use of another device but to pass additional identification for security is not difficult.

The inventors emphasize that sudden changes in behavior on the Internet occur as a result of device interception by bots. It will be difficult for attackers to pass additional identification.