Facebook is using your browsing history to target advertising

Through its ubiquitous "like" buttons on publisher sites across the web and ability to use Facebook Login, the social network has long been able to watch the web surfing behavior. Soon it will begin to use that information for ad targeting on Facebook. 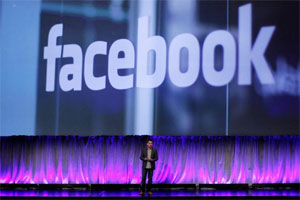 According to Brian Boland, Facebook's VP-ads product marketing, the new targeting is intended to help direct-response advertisers, in particular, to make their Facebook ads more relevant to their selected audience.

Historically, interest-based targeting on the social network hinged on users' own declarations of their likes and interests in their profiles, as well as Facebook pages they had "liked".

Now, Facebook is using the passive data – where users go on their PCs and phones – to make its own ads smarter. It will help advertisers to target their advertising more accurately.

The new scheme is described in a Facebook‘s blog in such a way:

Let’s say that you’re thinking about buying a new TV, and you start researching TVs on the web and in mobile apps. We may show you ads for deals on a TV to help you get the best price or other brands to consider. And because we think you’re interested in electronics, we may show you ads for other electronics in the future, like speakers or a game console to go with your new TV.

For now, it will capture websites that use Facebook's conversion tracking pixel – which advertisers affix to see if their Facebook ads are yielding sales and traffic – as well as mobile apps that use Facebook's software development kit to deploy Facebook services, like the log-in. Boland said that it would increase the effectiveness of advertising on Facebook:

"Their ROI should improve and make them a more effective advertiser on Facebook," Mr. Boland said.

The social network will also launch a new "ad preferences" tool. Users who click or tap on the drop-down menu on a Facebook ad and select "Why am I seeing this ad?" will be taken to a brief explanation for why that ad was shown to them. Moreover they can also select categories they are interested in.

The new "ad preferences" tool will start rolling out to USA Facebook users in two weeks and within a few months users from other countries will be able to indicate their ads preferences.

Facebook claims that the information obtained by the use of social plugins on desktop computers and mobile devices will be used for displaying advertising.