The mobile Telegram messenger clone from a certain developer with the Vietnamese name appeared in App Store for iOS. Its relation to the initial application is unknown. 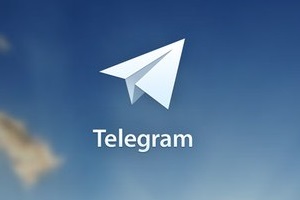 Telegram Messenger+ application was published by Nam Vu. He is a founder of several versatile applications, including a clone of popular 2048 game, which he called 2048+Plus.

The application description is almost completely copied from the description of the original Telegram created by Pavel and Nikolay Durov, founders of "VKontakte". However Nam Vu wrote that Telegram + is updating of the initial application, and he also removed from the text a mention of absence in an advertising messenger.

Instead of this it is told about the personalized stickers and monetization through its sale in the description of a clone. Registration in the application happens as in original messenger — through a binding to mobile number, but the word "Telegram" is replaced with "Telegram +" in all starting screens.

Vietnamese developer‘s application is improbable to have any relation to official Telegram. Earlier Durov declared that his messenger will forever remain free and won't show advertising to users. Moreover, official clients are published on a site project and there is no Telegram+ among them.

On April 5, in Telegram official repository on Github ild0tt0re user suggested to create a new version of  messenger, called Telegram+ in which sending stickers function and other innovations would be added. However in its request Apk — an application format for Android is mentioned.

However the initial code for iPhone is available on Telegram site. ild0tt0re idea didn't receive reaction from Telegram representatives, but one of users wrote that he can take an open initial code of messenger and include there your own practices. Whether ild0tt0re somehow connected with the clone which has appeared in App Store isn't known. In his profile on StackOverflow programmer resource, it is said that he is 24 and he is from Italy.